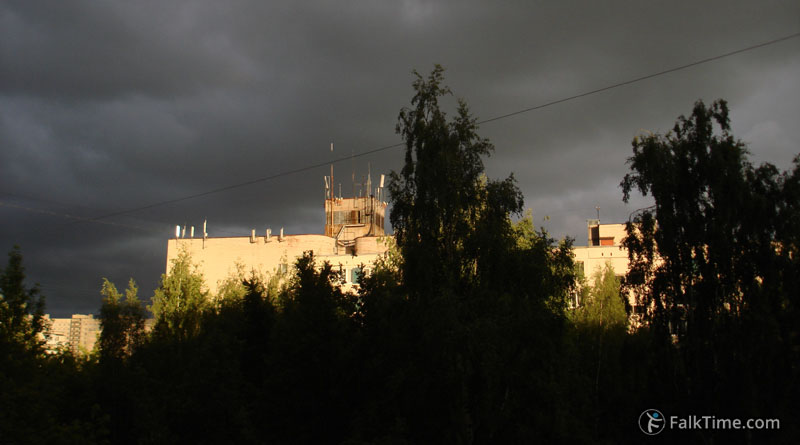 The first thing that you need to know about weather in Saint-Petersburg and surrounding region is that it’s unpredictable. People, who live here, already have got used to weather forecasts being rewritten in several hours. It means that if you check weather forecast in advance (f.e. 1-2 weeks), you can’t rely on it.

The method that works in other regions – to check weather archives (the month you are interested in during several last years) – doesn’t work here too. Try and you’ll see that depending on the year day temperature can vary from -15 to +9°C in December, from +5 to -24°C in January and from +10 to +32°C in June.

We have 2 unchangeable things – high humidity and big amount of cloudy days (~222 days per year). High humidity means that:

The only thing that is quite often well-predicted is the speed of wind. If the temperature is colder than -5°C, pay attention at the wind – it’s too cold to walk in the city and parks during strong wind. And there’s also a risk of falling trees. So one should better spend a windy day in museums and theatres.

Every citizen usually has an umbrella (or a raincoat) with him\her, no matter if the sun shines or the weather is cloudy, unless the temperature drops below -3°C. Take it as advice.

I would recommend you to take different types of clothes, for any weather, so you can take off excess clothes, when it’s hot or put on something, when you feel cold. Take at least 2 pairs of shoes, because they may need more than 1 night to dry out. Make your shoes waterproof with use of water repellent (snow turns in water and make shoes wet too). One should rather take windproof and waterproof clothes instead of knitwear.

In some districts of Saint-Petersburg and in Leningrad region the snow on roads is melted down with use of salt, so be prepared that shoes (and cars) can be spoiled with it.

It’s hard to predict, what weather you will meet. F.e. weather in first week of April in 2019 was sunny with +10…+12°C day temperature, while in the second week the temperature fell down to 0…+3°C and the weather become snowy and rainy. I would advise to use winter tires until the beginning of May (as our neighbors in Finland do).

Also there’s a difference between years: one year in the beginning of May the temperature may rise up to +18°C, the other year the weather in the same week may surprise you with a snowfall.

Spring and the allergy

Spring in Saint-Petersburg & Leningrad region can turn to a nightmare for people with sensitive immune system. So if you (your children) are allergic to any things that can be breathed in, avoid visiting St. Petersburg and surrounding region in April and first 3 weeks of May. Besides pollens our air is full of:

The first pollen that starts to fly in our regions is the alder (from 1-10th of April). The next one is the hazel. Birch starts to bloom in the end of April and finishes by ~20th of May. There are a lot of birches in St. Petersburg.

It’s hard to choose, what is better and what is worse: in the city you will suffer more of chemical reasons, in Leningrad region – of bigger amount of pollen. Locals that suffer from allergy try to escape from it, traveling to Crimea or Mediterranean Sea in this period.

The summer in Saint-Petersburg varies from year to year too, but it will definitely include rainy days. It can be a strong rain (almost tropical) that doesn’t last long and ends with bright sunshine or it can be a drizzle that can last even several days.

Every year we have 1 hot week (sometimes 1 month) with a temperature over +30°C. Only God knows, when it can occur – in the end of May, in June, July or in the beginning of August. Also the temperature may fall down in the middle of summer to +10…+12°C for a few days. So if you want to be sure that you will feel yourself well, make sure that your hotel offers air-conditioned rooms. Otherwise it will be hard to sleep. 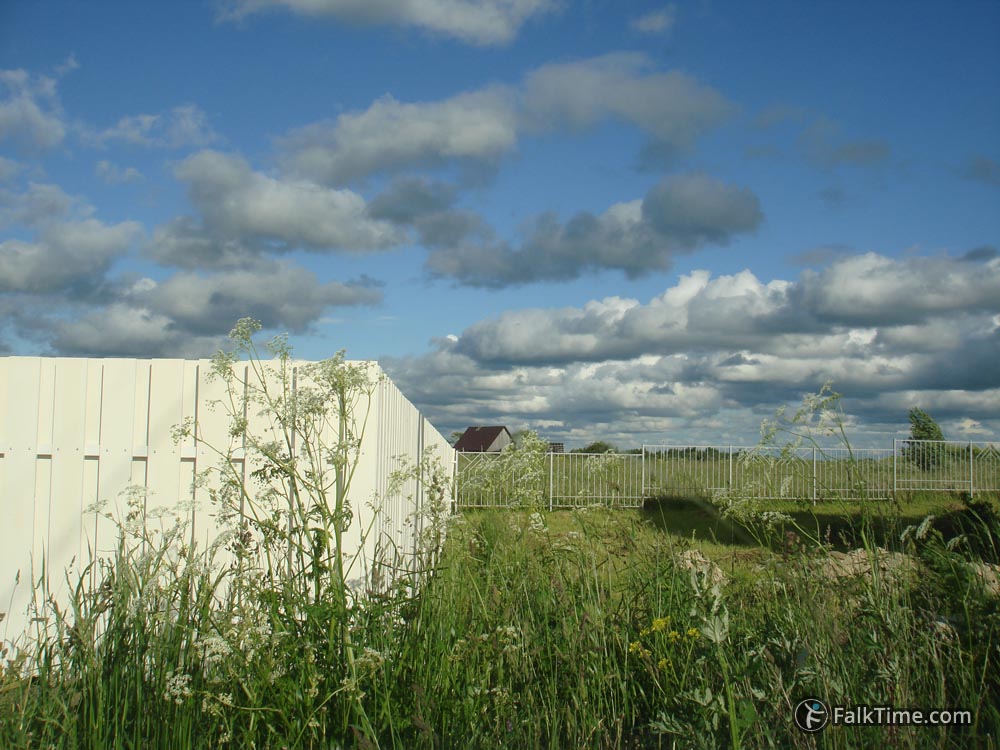 Autumn in St.Petersburg and Leningrad region is quite wet. But in September we have some days of Indian summer (sunny weather, but don’t await day temperature higher than +18…+20°C). Also some nice sunny days you will find during golden autumn in October.

Beautiful leaf fall in St.Petersburg and Leningrad region occurs between 1st and 20th of October.

First frosts can occur in the beginning of October or November. In Leningrad region frosts occur earlier. Take care of your car and change tires (to winter ones) in time. In November one should use only winter tires. Pay attention to weather, it’s a high risk using summer tires, when the temperature becomes lower than +3°C. 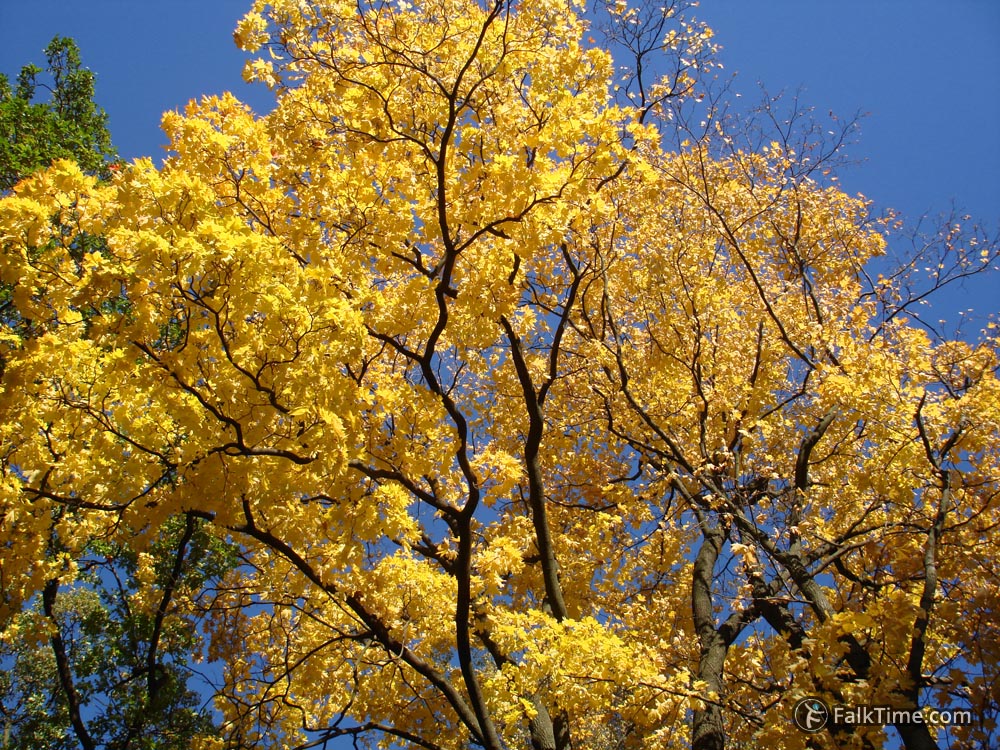 If you need more information to understand, when you want to go to St. Petersburg and Leningrad region, check this article. 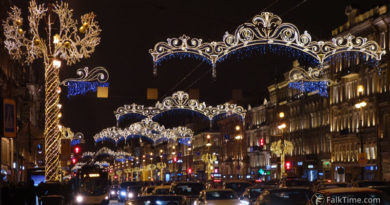 SPb.FalkTime > All posts about SPb & LO > About regions > Useful information > Weather and climate

If you have found a spelling error, please, notify us by selecting that text and pressing Ctrl+Enter.

To function the right way this website may use some of your personal data. If you don’t agree, please leave the site.

The following text will be sent to our editors: